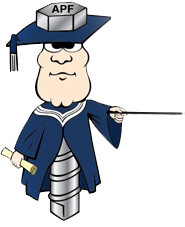 Teacher taps ruler against desk: “Class is in session!”

Back in the day, the original self-drilling screws were designed by Buildex.

Their brand name was “Tek” screw. They became so popular that the word “tek” screw is now synonymous with self-drilling screw. What they did specifically was decide to put a drill bit at the end of the screw so that it would keep people from having to pre-drill the hole first before they used the screw. This obviously saved a tremendous amount of time and money. The original self drilling screw had a tall head with what are commonly called “serrations” under the washer so they would lock like a locking washer. It was a real quality part, it allowed the screw to lock into the application like a “locking washer”. This part was originally made in the USA. When the importers overseas got ahold of this idea, their idea on how to promote THEIR self-drilling screws (or “teks”) was that they were now going to be cheaper to buy, because labor and materials were less expensive overseas, etc.

But unfortunately, over time, they took the serrations out from under the head, shaved down the heads, and because they had less material to use, it was less expensive it was to make them. After a while, it slowly became harder to sell imported screws to contractors who still cared about quality.

What followed after this phenomenon was the common association that if you’re buying screws from overseas, then they must be bad quality, right? Wrong.

All Points Fasteners decided to go back to the old fashioned tek screw, and we had the manufacturer PUT BACK the tall heads and the serrations, but with a much more reasonable PRICE. We knew back then, and we know now, that there will always be a market for quality. This is a huge part of our business, so much so that it has actually become one of our company’s motto’s: Domestic Quality at an Imported Price.

Part of the way that we ensure that our quality never wavers is that we only use one trusted manufacturer to make our own, particular brand. Our manufacturer has never done anything but right by us, and we’ve always extended that expectation down to our customers. It’s the only right thing to do. And that principal has afforded us our valuable customers who haven’t gone to any other importer distributor in 25 years.

Yet, there are contractors out there who don’t even know if they’re using domestics or imports. To them we say: take a chance, and see for yourself.

Here is our motto: Domestic quality tek screws at an IMPORTED PRICE.

Decoding the Meaning Behind the Screw Label Numbers

What Do All the Numbers Mean?

Did you ever read the label and wonder what all the numbers represented? Well, here’s your decoder ring!

12 – Represents the thickness of the shank. Think dress size. The bigger the number, the thicker the shank.

7/8 – measurement from underneath the head to the tip of the screw. In the case of flat headed screws, the length is measured from the top of the screw to the point.

Sharing our knowledge of commercial fasteners such as self-drilling screws, also known as Tek® screws, with contractors is important to us.

Based on years of experience having to match screw requirements with nothing more than descriptive word phrases, we knew the primer teaching contractors how distributors call out fastener specs would be beneficial and probably save not only time but money when ordering screws.

And we know that the more information we arm contractors with on the screws they could be using to improve their business, the more we will be contributing to their success.

So, All Points Fasteners is all about presenting solutions that solve real problems for contractors.