Is There a New Screw Design Out There for iPhones?allpointsfasteners

I’ve always had a secret desire to design some new, never been thought of before zip screw or tek screw so I could be the first to market it to an industry just waiting for a new and better widget!

So, how quickly do you think it’s going to take for some smart entrepreneur will take this from “idea” to “ready for distribution”? Who was it that said “whatever man can conceive, he can achieve”?

As reported in The Register –

For a little while, the Apple press fell over itself to analyze the import of a screw that was reportedly going to lock customers and repairers out of the next iPhone forever. The source of the story has now ‘fessed up that to the hoax that set the wires a-buzz.

Swedish design house Day4 has posted its account of events here. Deciding to test peoples’ gullibility – and the speed with which disinformation could be spread – Lukasz Lindell and his colleagues 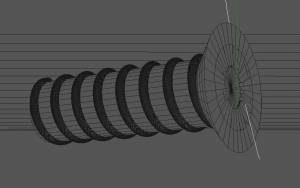 created an imaginary “asymmetric screw” in a CAD package, grabbed the image, and posted it to Reddit with a fake message saying the pic demonstrated that Apple is “even creating their own screws.” (Day4’s fake screw design)

The result was pick-up by Cult of Mac, and from there it spread like wildfire, Lindell writes:

However, perhaps more interesting than the media pickup – as Lindell notes, the story was treated as a rumour rather than a fact (and Cult of Mac has now noted the hoax without complaint) – was an outcome that falls into “social science” research.

Lindell writes: “With each step further away from the source the perception that this would be true increased. On Reddit, where the original entry was made we see it as a 0 mode, the image was posted, nothing more or less.” However, by the time the story was being discussed and commentated on various blogs and social media outlets, “all doubt is gone”.

He even goes so far as to apologize to anyone who took the story as truth: “we just want to say sorry to you who feel cheated”.

It may have all been a joke, or a experiment of sorts, to see how fast a rumor could spread, but no doubt some smart, far thinking, entrepreneur will figure out a way how to manufacture and market this screw in the near future. How many now common household items actually began as mistakes and it was suddenly realized that they worked wonderfully for applications they were never intended to be used. Life changing inventions….all by accident and not by design.

Inventor: Richard Jones
What he was trying to make: A meter designed to monitor power on naval battleships 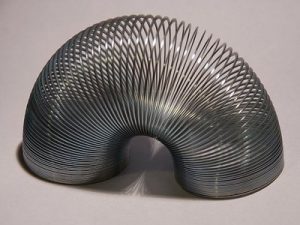 How he invented: Richard Jones was working with tension springs when one of them fell on the floor. The spring kept bouncing after it hit the ground and the slinky was invented.

What she was trying to make: Regular chocolate cookies

How was it created? While she was mixing up a batch of cookie dough, Ruth Wakefield found out she was almost out of baker’s chocolate. In order to stretch out what little chocolate she had, she broke the sweetened chocolate into small, little pieces and mixed them to the cookie dough expecting them to melt, making her regular chocolate cookies, but they did not and there ya go! 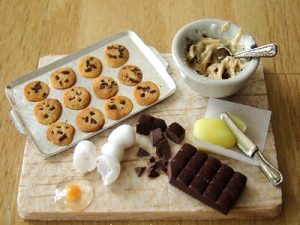 Inventor: Percy Spencer, engineer at Raytheon Corp
What he was attempting to make: The engineer was conducting a radar related research project with a new vacuum tube

How it was created: when the candy bar in his pocket began to melt during his experiments, he then put popcorn into the machine. And when it started popping, he realized he had a incredible new invention!

Well, I may not have invented it but there definitely are some better tek screws available now than was when I first got started selling screws and All Points Fasteners has them available for sale! There are #4 and #5 tek points available to penetrate thicker metals without snapping the heads off. Tek screws make of non-magnetic stainless steel so they will not rust but with steel tek screws points so that they can drill through metals easier than stainless steel tek screw points which are much softer.

We also have tek screws which are stainless steel but ALSO ceramic coated with 1000 hour salt spray testing for even more protection from rusting.