Even pros are confused at times on which fastener they are using on a job. They often wonder, what’s the difference between a wood screw vs. a metal screw and which do I need. When you are putting screws in to wood, then they have to be wood screws right? Well, possibly…….One good clue to spot the difference between a wood screw vs. sheet metal screw is to check underneath the head of the screws.

If the screw is fully threaded with a sharp point, you most likely have a sheet metal screw. 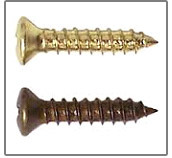 But these days, there are many more options available. Some companies carry case-hardened wood screws and many are now zinc plated which gives them more protection from corrosion. The purpose of the smooth shank underneath the head was so that the two pieces of wood being fastened would draw together once the threads past through the first piece of wood.

Then there is the lag screw which is also used in wood. Frequently a customer will ask for a lag screw when, in fact, he is wanting a #14×3 self-tapping Hex Washer Head Sheet Metal Type A screw. A quick way to figure out which one you want is to ask:

As you can tell from the pictures above, lag screws and sheet metal screws look quite different.

Self tapping screws, such as zip screws and tek screws, are perfect for jobs when you plan to connect materials that are of different varieties, such as wood to metal, metal to plastics and metal to metal. Self tapping screws are really versatile and simple to use since they will tap their own threads as you drive them into your materials, and this in turn will save you time and time equals money! There are many kinds of self tapping screws you can buy today and they each have their own purpose.

There are fundamentally two sorts of popular self tapping fasteners available, zip screws and tek screws. Type A screws are also self-tapping, as they tap their own threads, even so, they are not as popular as they normally need a pilot hole to get them started.

There are two kinds of tips for self-tapping screws and that they are the self piercing screw, also identified as zip screws, and the other is the drill bit tip, tek screw type.

Tek screws are intended for use in soft steel or other metals. The points are numbered from 1 through 5, The larger the number, the thicker metal it can go through without a pilot hole. For example, a # 5 tek point can drill a 0.5 in (12.7 mm) of steel. Contractors at times question the quality of their tek screws when the screws break, when the actual reason for breakage is the application for which they are being used. The following is a very simplified reason for heads of tek screws sometimes popping or screws twisting and breaking when drilled into steel too thick for the tek screw used. With a standard tek screw, the front of the fastener will be drilling in slower while the drill bit is drilling the pilot hole than when the threads of the tek screw catch the material being drilled. Once the threads catch, the screw will turn as fast as the TPI. In other words, if the screw is 16tpi, the screw will go in a 16th of an inch each time it turns. The problem becomes, if it is a thick piece of metal, the threads will catch before the drill bit is done drilling through the metal. The consequence is that the front of the fastener will be moving slower than the back of the screw and the screw will break. However, by having the drill bit of the screw longer up the shank of the screw and changing the threads per inch to a finer thread (24 threads per inch), the front and the back of the screw will move at the same time and the tek screws won’t break.

While self-piercing zip screws can pierce their own hole in to soft metals and create its own threads, this is usually done with thinner gauges of metal starting at 24 gauge. Needlepoint screws, are also commonly known as zip screws and are self-tapping in that they tap their own threads.

They are also sometimes referred to as self-piercing screws because they will ‘self start’ with soft metals when pressure is applied. #8 x1/2 Hex Washer Head Needlepoint screws (zip screws) have reportedly worked best when used in square duct with 30 and 28 gauge metals. Contractors state that they have better luck with a #7 needlepoint when doing round pipe with 24 and 26 gauge metals. Application is very important when choosing which fastener to use in your specific job, otherwise, the screws may not perform in the way that they were expected. Many screw ‘failures’ are actually misapplications. Although some say that they have been able to use #7 zip screws in up to 20 gauge metals, it has been our experience that when working with metal 22 gauges and thicker, drill bit tip (tek screw type) really does the job much easier.

Zip screws and tek screws are readily available to help save you time and money.

Is the Customer Always Right?

Is the Customer Always Right?

Customer Service. Whether you’re selling zip screws and tek screws, as I do, or if you own your own restaurant, your success hinges solely on your customers. I was reminded of that yesterday and of the old saying, “The Customer Is Always Right”. This time, I was on the other side of the counter at a local restaurant that our family has been patronizing for over fifteen years. We have always loved the food and our experience with the owner during the first two years was extremely positive. I would have recommended his establishment to anyone. 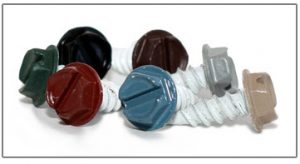 But it only takes one bad experience to ruin a positive customer relationship that took years to build. Anyone in business will tell you that cultivating a loyal following is difficult and it’s much easier to keep customers than to replace them. No matter how great your quality of product or service, it’s impossible to please everyone all the time. It’s the way that you handle your customer service that will determine whether they stay with you or move on to another supplier.

One bad experience. Actually, it was the fourth, but I liked the establishment enough to give them a pass on the first three mistakes on take out orders. The fourth time I decided that certainly the owner could not be aware of the problems his take out division was having so I decided that a call to the owner was in order. I knew he was there as I was standing next to him as I was picking up my order. 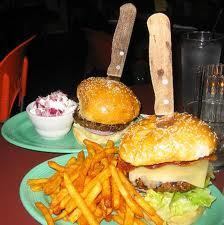 As I called the establishment and was told that the owner did not take customer service calls, I was reminded of another important rule of owning a business. Never, never, never take your hand off the pulse of your own company. After finally, almost forcibly, getting in touch with the owner and having him confirm, rather rudely, that he did not take customer service calls and stated that he would not listen to any complaint about his take out service, I was reminded that your employees will mimic the ownership. If the owner doesn’t respect or value his customers, neither will his employees.

So, this mishandled customer service not only cost this establishment a 15-year-old relationship and future business, he also lost the future business of my family as well.

On a positive/good note, this experience/encounter has reminded me of how important customers are to have a healthy, thriving business and that they are not to be taken for granted.

So be it burgers or zip screws and tek screws, the customer is ALWAYS right!